We Are Richmond was created by Richmond native Jason Green, a former Gang member who at the age of 16 went to prison for 28 years for the murder of a man over a dispute for respect.

During the midpoint of his incarceration, while sitting in the prison hole for fighting, finally out of excuses and justifications, and tired of his own finger-pointing, Jason made the decision to figure out how, why, and what drove him into a rebellious state and into the embracement of a gang that landed him in prison with a life sentence. After balking at the chance to mentor three fellow prisoners who were all later released and committed murder. Jason knew that he had to spread his new understanding of self with others who come from similar backgrounds and were soon to be released.

Jason started out as a mentor and life skills facilitator to young prisoners for The Richmond Project, one of San Quentin Prison’s most prominent and successful rehabilitation programs, and later began working for the City of Richmond’s ONS (Office of Neighborhood Safety) working with and mentoring troubled and at-risk youth.

Through self-inspection, personal reflection, and countless interactive conversations with the youth and young prisoners on their past negative behaviors, he determined that the average age when serious rebellion had occurred in their lives was around 11-12 years old.

Jason’s vision is to reach the children of Richmond before they transition into teenage-hood, and help them meet the challenges of adolescence and teen years to achieve their full potential and obtain the answers to things teens search for in unwisely fashions. His program will be provide the necessary tools to help combat future struggles with peer pressure while they search for identity, independence, and purpose for their lives. And at the same time give them the opportunity to enjoy fun experiences that every child should be have in life. There are only so many years that a child will be a child, so he would like to provide them with fun, memorable times to carry with them forever.

In remorseful recognition of his victim, his victim’s family, and those whom his negative actions may have influenced and/or impacted, Jason has made it his mission to build up the community he once helped tear down. His mission is to invest in the children who have to wade through deeper challenges due to their environment, and help create a safer world for their futures in Richmond. 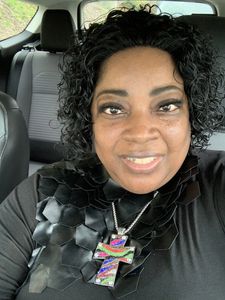 Born and raised in Richmond California. Niema has worked years for the Solano County Unified School District as a Food Manager Aide.

Working inside of different elementary, middle, and high schools, prepping food and setting up for breakfast and lunch; She was able not only to meet, but positively effect young children, many of whom still hold her dear to this day. For years she held a leadership role over the youth and young adult in her church (Christian Home Missionary Baptist Church) under the late pastor Reverend James Clark.

“ My passion is empowering the youth at every opportunity I get to be able to positively influence them. My goal is to educate kids through the experiences of my past to hopefully prevent them from making the same mistakes that I made as a child trying to find my way through life”.

Niema was raised in a loving two parent’s home. However,  “That didn’t stop me from going through different behavior challenges. It was extremely difficult attending elementary school, middle school, and high school with my behavior problems. However, I was blessed to have my parents not give up on me. They were able to find different self-help resources to get me the therapy help I needed to be able to better transition into adult hood without all the anger I was feeling.

“This process helped me learn how to control my negative emotions and be able express myself in well mannered and respectful ways. I seen a lot while I ran the streets of Richmond and for this I get many Children, young adults, and adults turn to me for advice for their problems.

“My Love for children, Richmond, and life fuels my passion. This is why I am a part of We Are Richmond Inc.”

I am an original native of San Francisco where I spent my formative years. During my high school years, my parents and I made the move across the bay to Richmond.

After graduating from El Cerrito High School, I attended Morehouse College where I received my degree with honors in Corporate Finance. It was during my time in college, I discovered my passion for servant leadership. I have spent most of my adulthood participating in youth and young adult ministry, including most recent as a youth pastor.

I have volunteered my time to provide a course in money management to high school students in parts of West Contra Costa County where I teach them the skills they need to be successful financial stewards.

I believe the children are not just our future, but they are our present, and we must educate them on our past. This is why I am Richmond, and together, “WE ARE RICHMOND.”

Overseeing the daily, weekly and or monthly intake of donations from various  corporations, people and or other means of donations to help W.A.R. Inc. function and provide for our participants and workers.